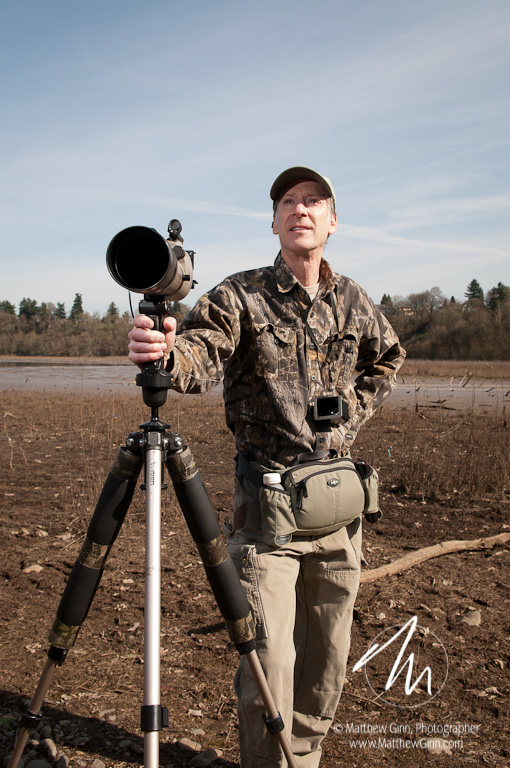 A few weeks ago I was put in the unusual position of photographing a photographer. I’m pretty sure I’ve never done that before, and I have to admit that when I arrived at the assignment I was feeling a bit self-conscious. However, my subject turned out to be a totally down-to-earth, cool guy and besides, does a completely different kind of photography than me—“digiscoping,” something I wasn’t aware of until this gig.

Steve Berliner has been birding for many years, and started photographing birds a couple decades ago. He and his images have won several international awards, such as the North America Swarovski Digiscoper of the Year in 2009. What is digiscoping, you ask? Good question.

If you’ve ever seen serious birders in action, you’ll find them standing beside a tripod and peering through a long piece of glass. Digiscoping adds a digital camera to that glass (the scope) to record the view—at significantly less cost and weight than the equivalent photographic equipment. Steve’s setup, for example, provides about the same magnification as a 1000-mm lens. For traditional photography, that lens alone would cost more than $10,000 and weigh in something north of 11 pounds. By comparison, you could probably replicate Steve’s complete kit, including the tripod, for less than 1/3 of that. The scope weighs just over 3 pounds.

I met Steve at Oaks Bottom Wildlife Refuge in SE Portland on a gorgeous day in early March. He identified green-winged teals, blue herons and other water fowl a couple hundred yards away. I could barely see them.

You can see some of Steve Berliner’s images here. 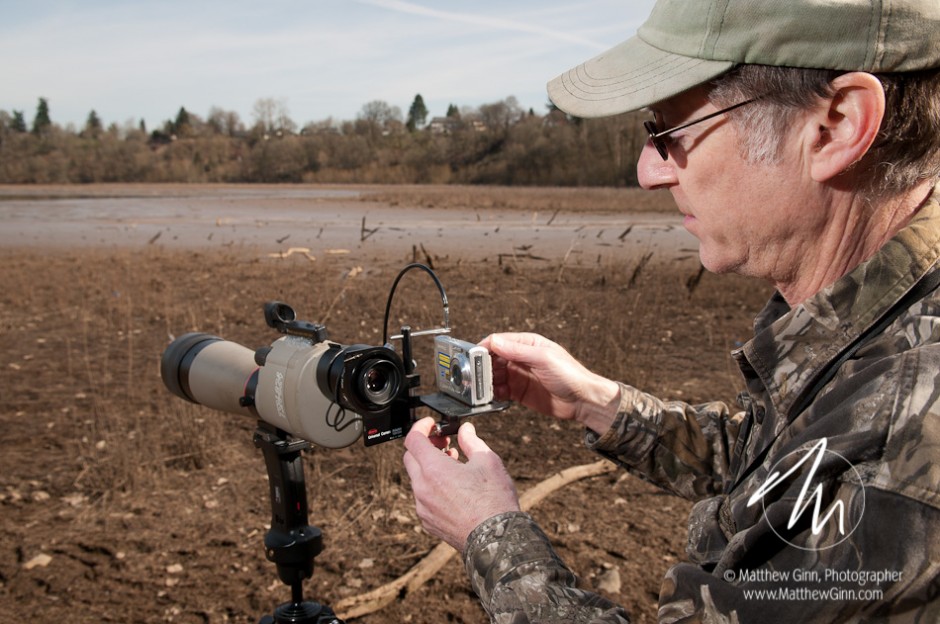 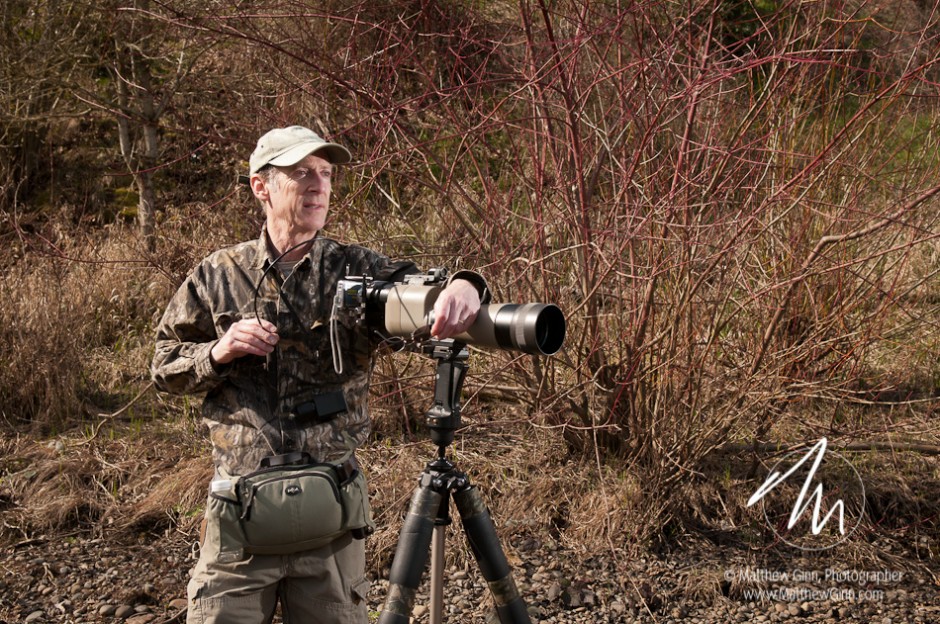 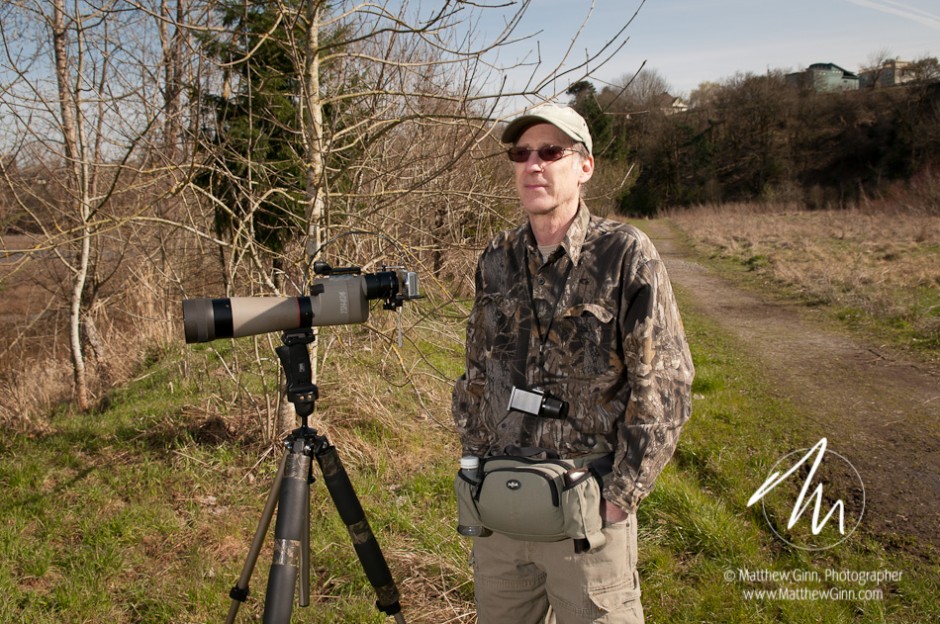 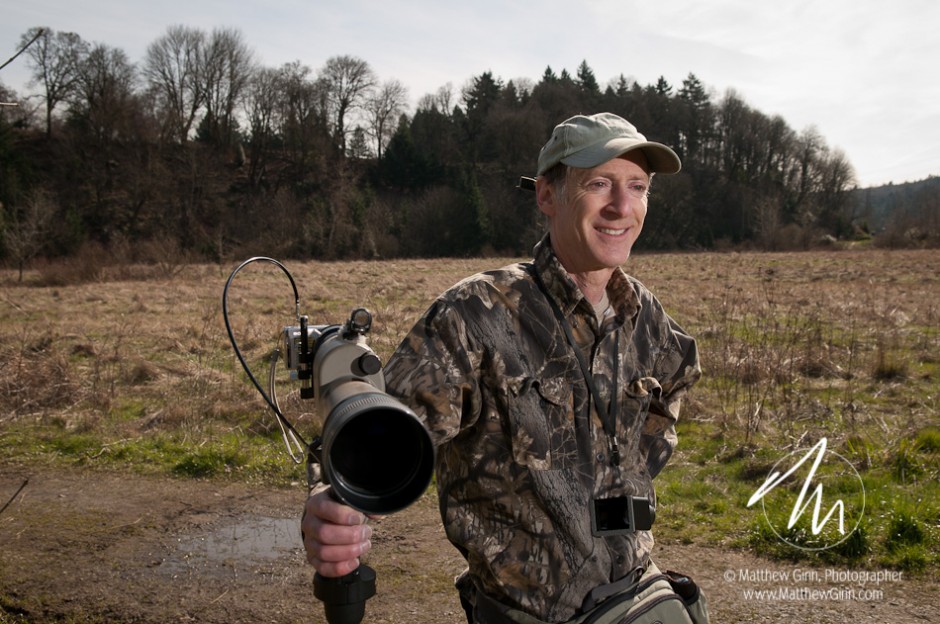 Incidentally, though you might not recognize Steve’s name, you probably recognize the company he co-founded.

Portraits in a greenhouse 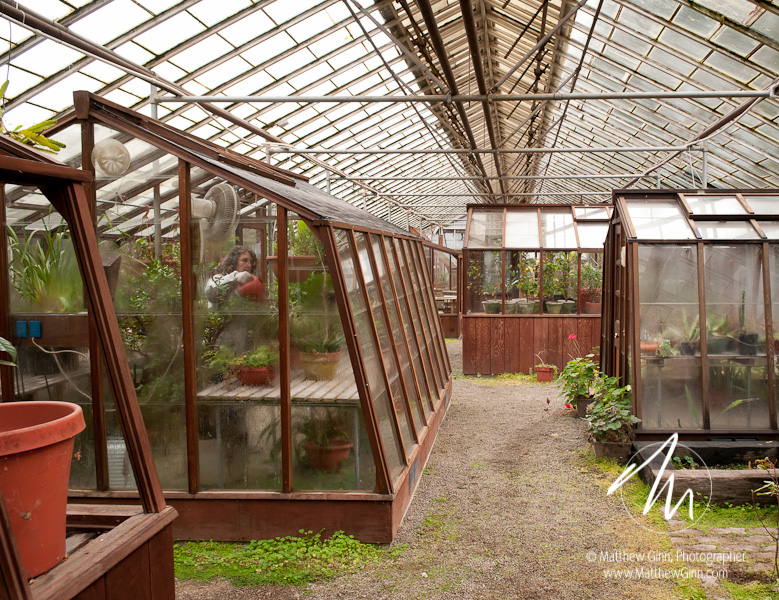 One of the things I love about being a freelance photographer is that you never really know what kind of assignment is going to roll in next. Naturally, some hold more promise than others. When I was asked to make some portraits of Debbie Warner with her greenhouses, I had a feeling it would be something good. It turned out to be better than expected. 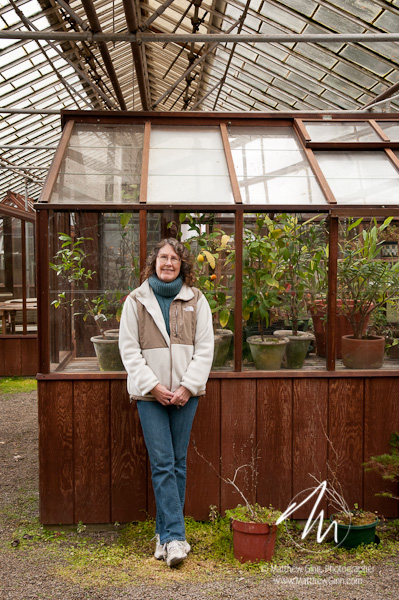 The Warner family have owned and operated Sturdi-Built Greenhouse Manufacturing since 1968. They make greenhouse kits and customized designs for customers across the country. And, they have a great showroom right next to their factory in SW Portland. Best of all (especially for taking photos in the Oregon winter), the greenhouse showroom is itself inside a large greenhouse!

The day was mostly overcast but not raining, and the greenhouse provided beautiful, even lighting everywhere. I just added a touch of supplemental lighting for some shots. We got some great photos from the session, but my favorite shot was frame number 1 from the day (top).

The first thing I do when I get my camera out is take a couple of test shots to see exactly what the ambient lighting looks like and figure out what settings I’ll need for the exposure and strobes. This was one of those. I caught Debbie watering some of the plants while I got set up, though, and the exposure was just right on the first guess. It happens sometimes! 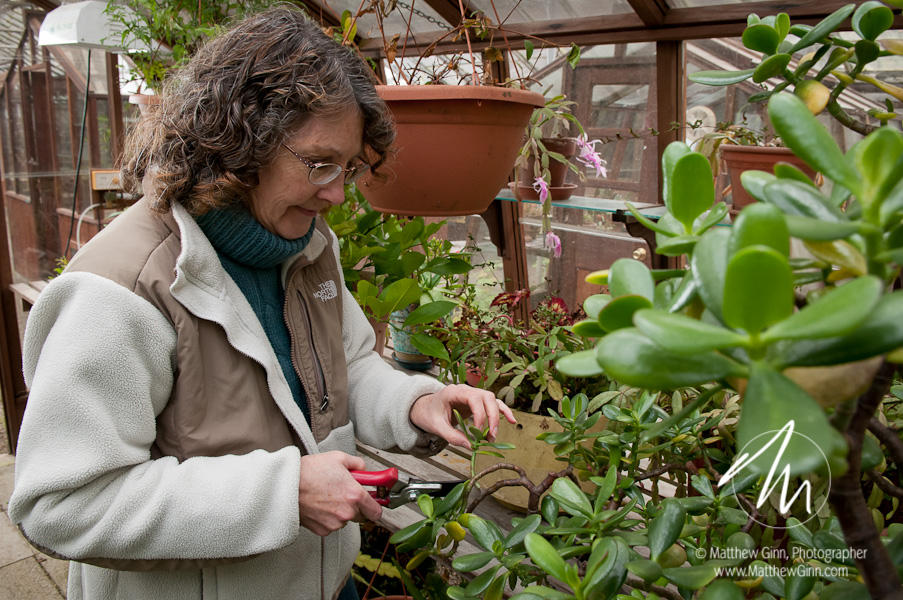 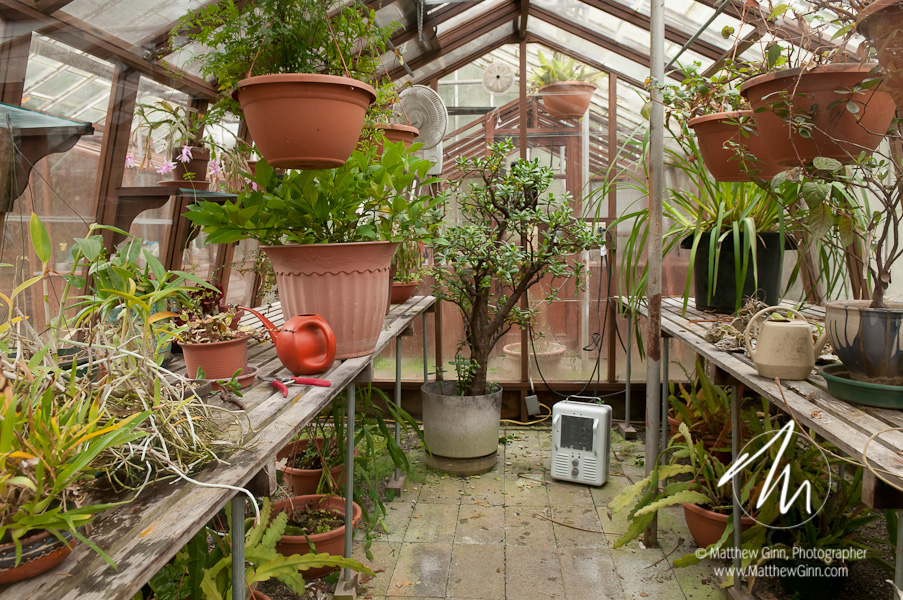 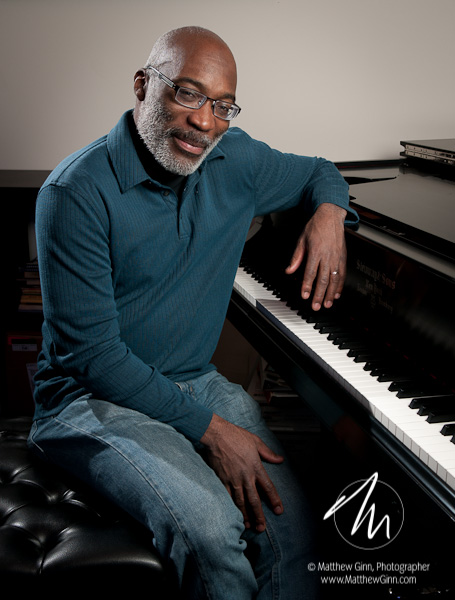 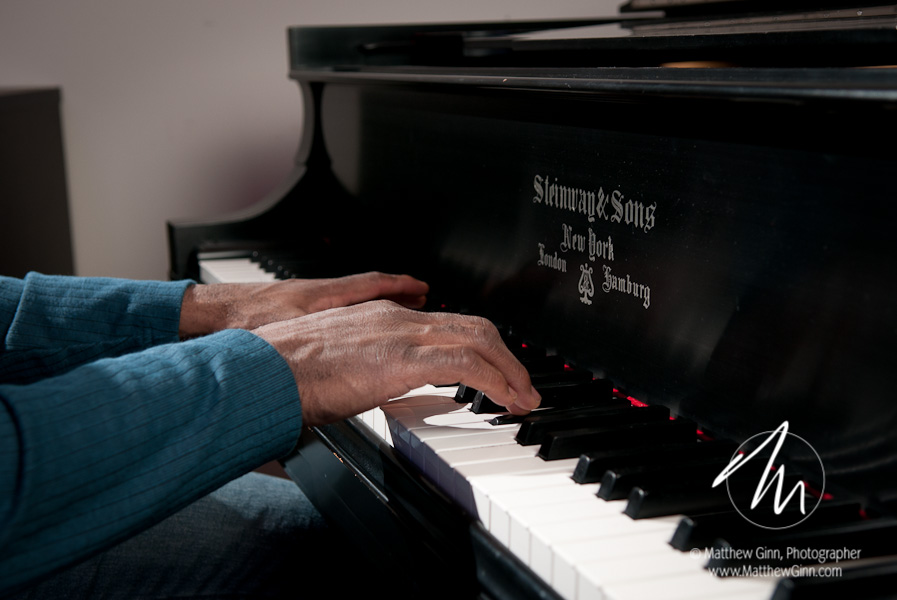 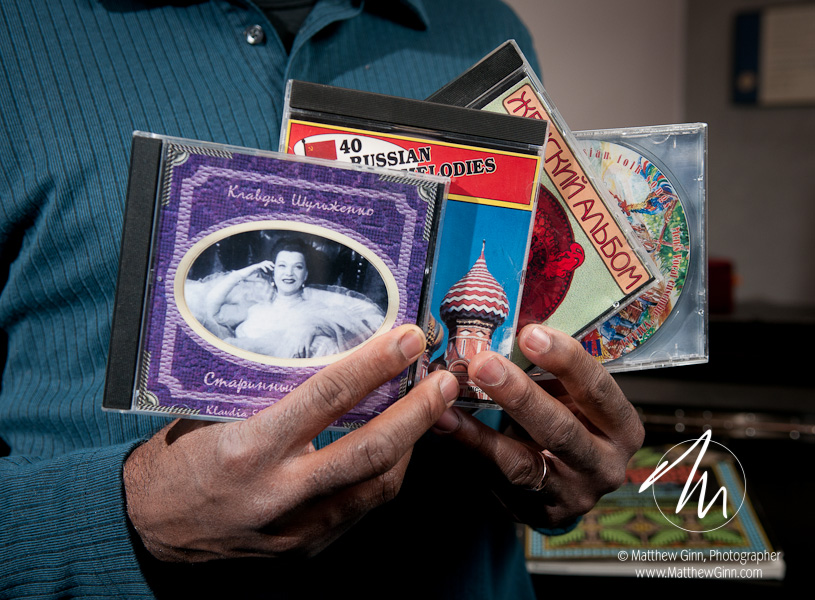 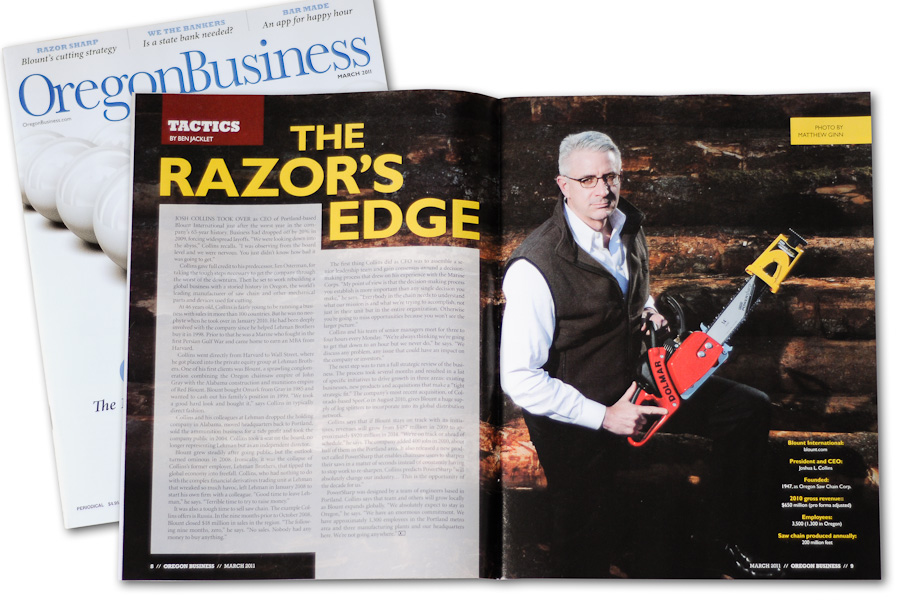 About a year ago, I got the call to shoot a story about Blount International for Oregon Business Magazine. Until that moment, I had no idea that there was a chainsaw chain manufacturer in Portland. But everything gets made somewhere, right?

Art Director Jon Taylor Carter was primarily looking for a portrait of CEO Josh Collins that he could run across the spread. Out back of the factory, Blount has a storage area where they keep the big logs they test their saws on. That would be just perfect for the main portrait.

The day of the shoot was cold but sunny. Josh was a great sport, and stood outside in the 30° weather in just a vest for 10 or 15 minutes while we made a variety of portraits.

After breaking down my equipment, I went inside to get some pictures on the factory floor. None of those ran (except a thumbnail of the chains in the table of contents), but I’ll take a double truck any day! 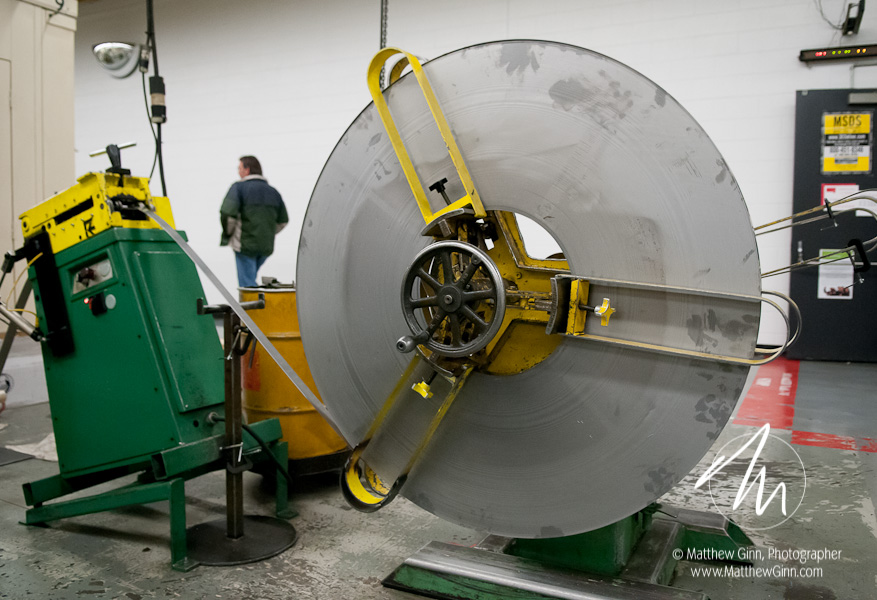 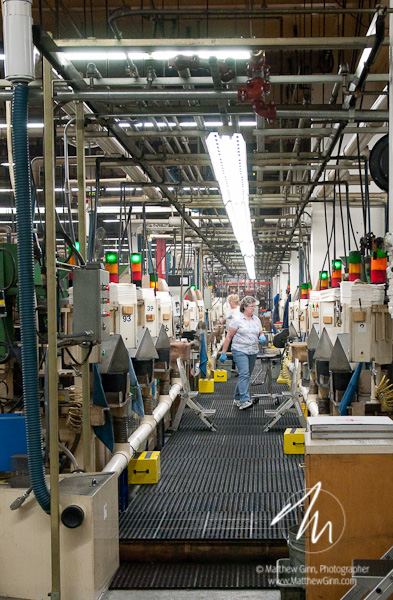 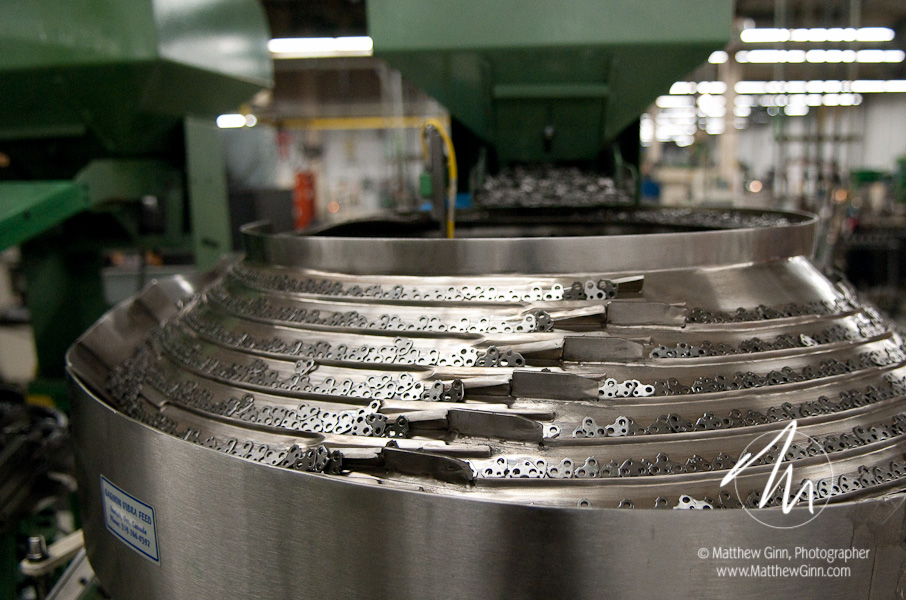 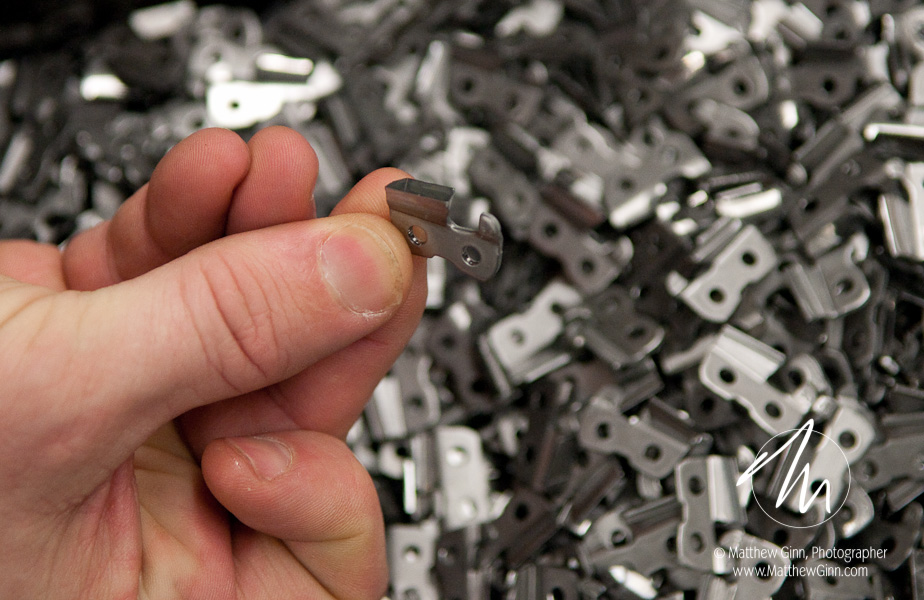 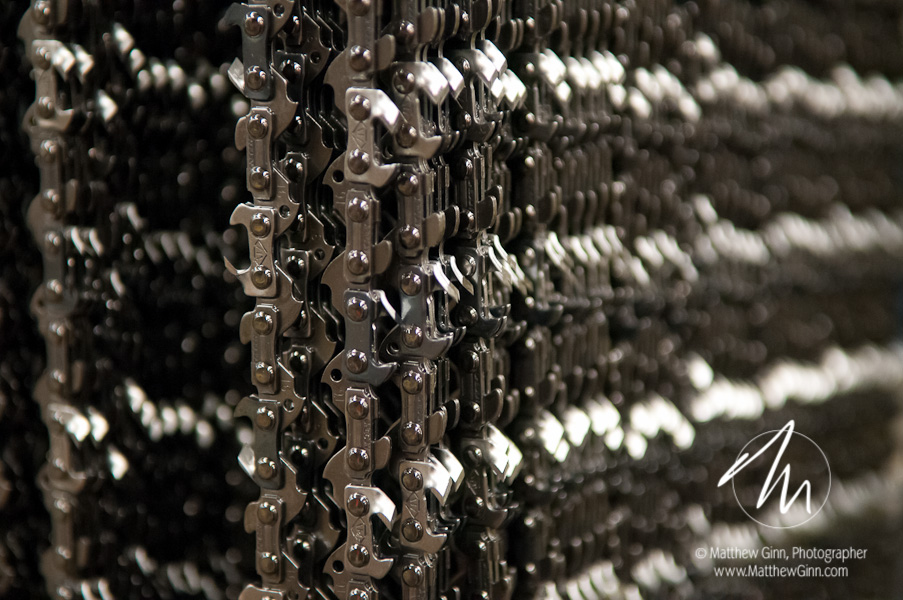 other places to find my work:

All content © 2018 Matthew Ginn, all rights reserved. Images and text may not be copied, reprinted, republished, or reused in any way without advance, written permission from the copyright holder.