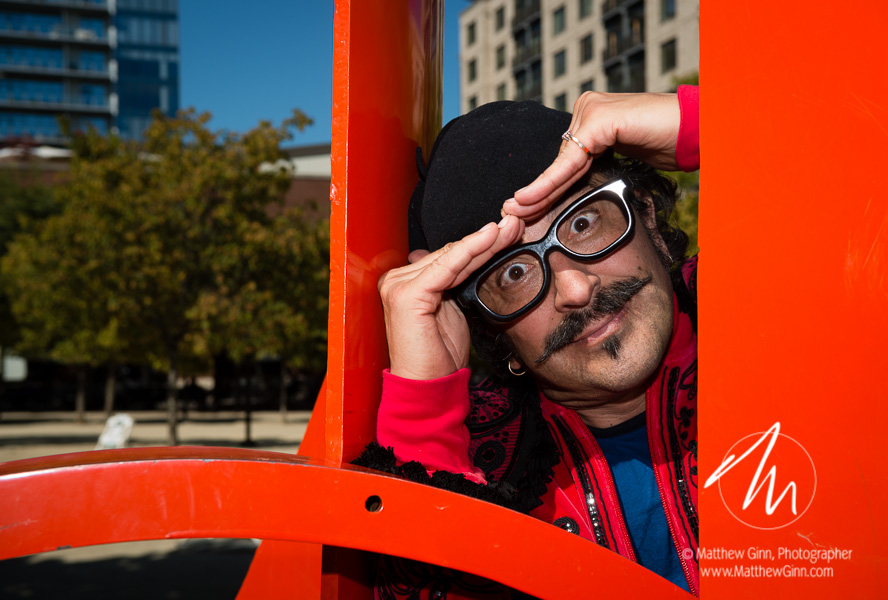 I often write here about the fascinating people I get to photograph, but Pepe Rafael really stood above the others. Pepe, leader of the band Pepe and the Bottle Blondes and member of several other groups, is a natural entertainer. How’s this for a resume: after quitting school at 13 to work as a welder, then training in boxing and ballet (interrupted by a year and a half of mandatory military service), the native of Madrid emigrated to New York in his early 20s to seek his fortune. He started his career with various dance companies on the east coast before taking a job with the Oregon Ballet Theater in 1992. He’s been based in Portland, performing with a wide range of ensembles, ever since.

I had no idea what to expect when I met Pepe in the Pearl District on a hot, sunny day in early September. I’d asked him to dress as he might on stage. He wasn’t hard to find. Resplendent in a red and black torreador’s outfit, beret and thick-rimmed glasses, Pepe was happy to pose in several locations around Tanner Springs Park and Jamison Square. While there, we (well, he) caught the eye of a video crew who recruited him for some B-roll footage for a reality show they couldn’t name for a major network they couldn’t name, filming in Portland at the time (I can neither confirm nor deny that it might have something to do with this). 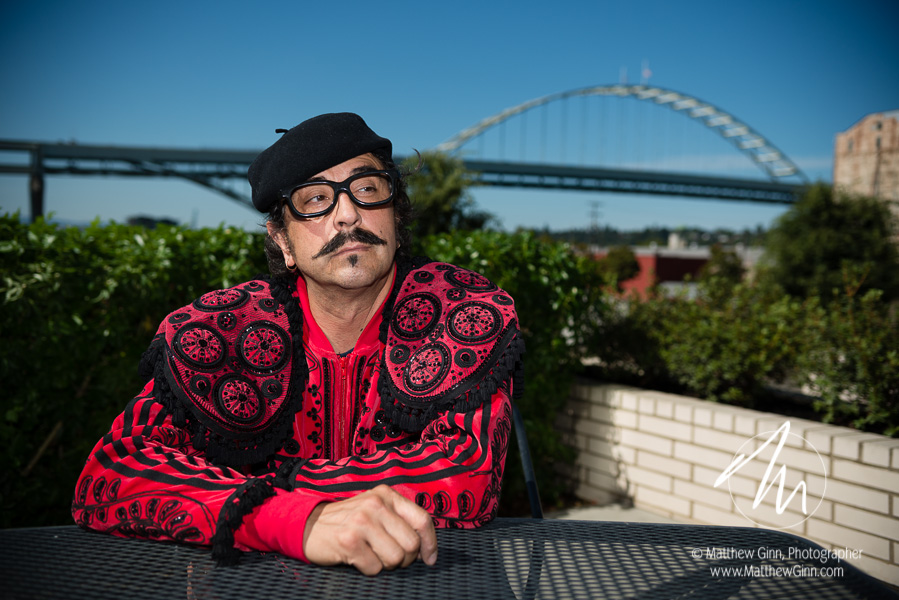 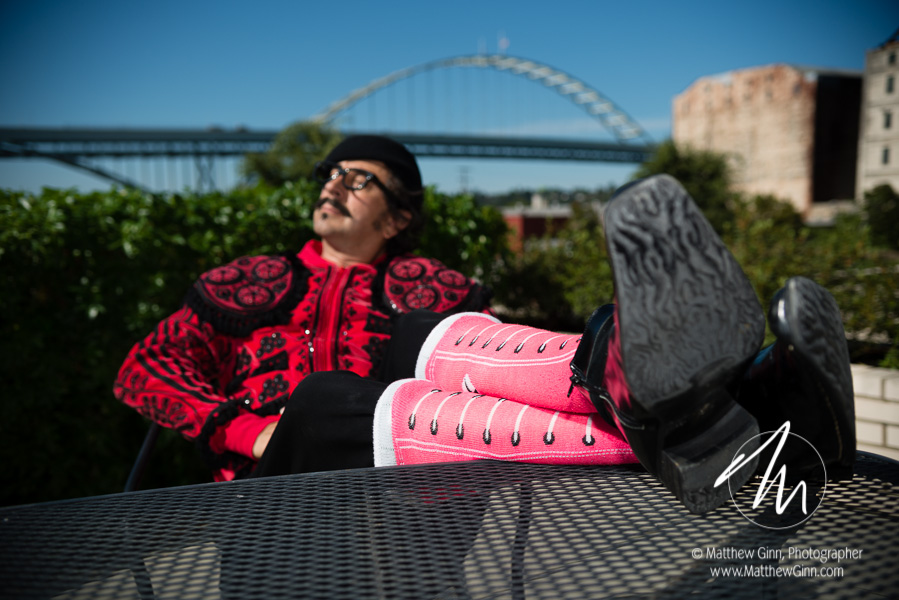 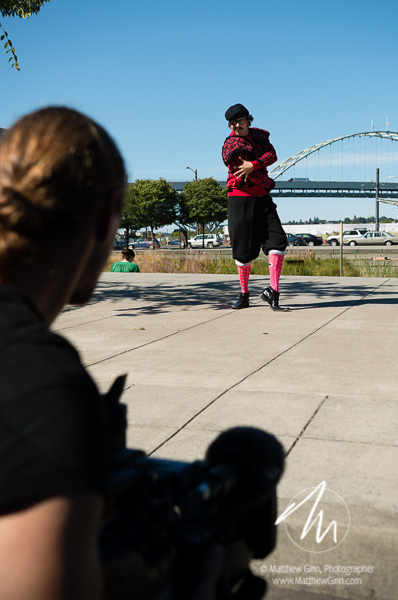